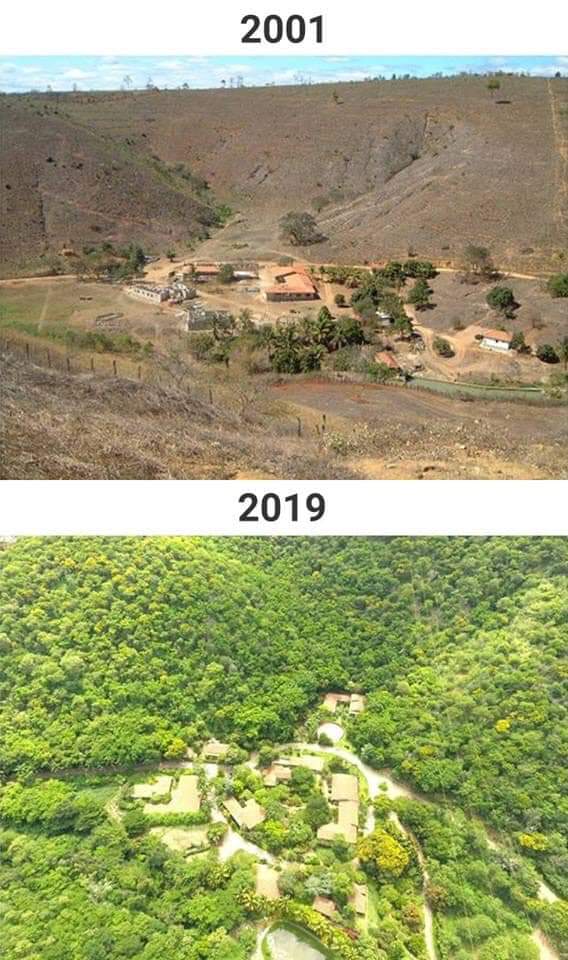 Brazilian photographer Sebastian Salgado and his wife decided to rebuild their deserted piece of land of 600 hectares. Together with those who wish, they planted on their land more than 2 million tree saplings.
As a result, the site was 293 species of plants, 172 species of birds and 33 species of animals, some of which were on the verge of extinction, returned, water resources were restored.
Look what happened in 18 years !!!

Sathyanandhan is a thinker and writer in Tamil for more than a decade. His works have been published in literary magazines like Knaiyazhi. In the web his recent works are in Thinnai.com. His distinction is his ability to creatively write in all genre i.e. Short story, poem, article, novel, criticism and articles on a variety of subjects. He is popular for his works on Ramayanam and Zen published in Thinnai during 2011.
View all posts by தமிழ் எழுத்தாளர் சத்யானந்தன் →
This entry was posted in Uncategorized. Bookmark the permalink.